Young, ambitious, educated and wealthy, a new generation of art collectors is taking the art world by storm.

Snapping up more works than ever before, a new and sharp-eyed generation of buyers is taking risks on emerging names and investing heavily in blue-chip artists. Beyond potential financial gains, these ambitious, educated and wealthy young people are also drawn to the prospect of joining the exclusive club that is the art world.

“The growth has just been phenomenal,” says Charlotte Raybaud, head of evening sale, 20th-century and contemporary art at Phillips Hong Kong, of the number of young art aficionados entering the market. “It’s also undeniable that art has become a very valuable alternative investment. While you should always collect [based on] your passion, it’s hard to not pay attention to the big prices that are being achieved at auction and in galleries.” 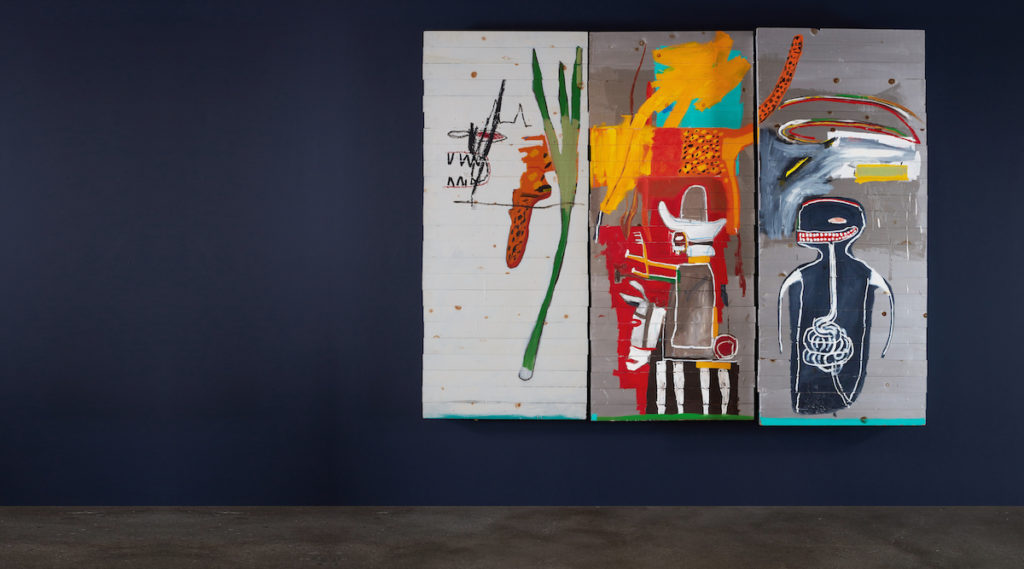 Today, young collectors aren’t just buying more art but they’re also willing to shell out more than any other demographic. According to UBS and Art Basel’s 2020 global art market report, among the high-net-worth individuals surveyed, millennials – defined at being under the age of 38 – spent six times more on art than collectors above the age of 55 in the past two years. Compared to older collectors, millennials were also more optimistic about art as an investment and were more likely to sell works from their collection compared with older collectors.

A recent report titled The Next Gen Art Collectors 2021 by art-market data company Larry’s List echoed this sentiment. It highlighted the fact that young collectors, who they define as being largely under the age of 40, like keep their collections “dynamic” through upgrading, rebuilding and refocusing. While collectors reselling artwork is common, their research discovered that young buyers’ activities are now more transparent than before. Among the list of leading young art patrons profiled in the report is Ning Chong, co-founder of The Culture Story, a boutique art space and advisory based in Singapore. Like many young collectors, she comes from a family of art patrons. Her father, former stockbroker Chong Huai Seng, began buying art in the 1980s. Today, the family collection of more than 300 works includes major street artists such as Futura, Jason Revok and Timothy Curtis, as well as Singaporean names like Jahan Loh and Wong Keen. “We buy art because we love it, but at the same time you have to know what you’re acquiring, so we do have one eye on future prospects,” says Chong. “Buying art can be tricky. The timing matters and you need to have some insider knowledge of what’s going on.”

In recent years, Chong has observed an increasing number of newcomers entering the art market for various reasons. “Today,” she says, “even if you’re not into art, you can get pulled into it, either by your peers or your own curiosity. Or maybe your favourite fashion brand is involved in art so you follow its activities. Social media also obviously plays up the appeal of art as a potential alternative asset class to grow your wealth.”
Many collectors are investing in a lifestyle that’s associated with being part of the art world. “There is a rise in collectors wanting the whole package,” says Raybaud. “You want to have the designer furniture at home, the watch on your wrist and the beautiful paintings. Even if there isn’t necessarily a monetary gain, then at least there’s an aesthetic gain where collectors can live with very beautiful works.” Adam and Eve, Jahan Lo, at the Culture Story in Singapore

Another upside of investing in art is the social aspect of a field in which you can form relationships with artists, join museum groups or support foundations, all of which can be important aspects of the collecting journey for many young buyers. This is one of the factors that makes it more appealing than other assets, such as stocks or real estate. “It offers a very big social benefit. You can go to art fairs and openings and do studio visits with artists,” says Chong. “You meet different types of collectors and exchange stories on art they regret buying, what they love or what they’ve chased down. This is all part of what makes the community tick.”Getting to know artists is particularly important to some collectors, such as Shanyan Koder, founder and director of the private art advisory Shanyan Koder Fine Arts and founder of the online art platform HUA, which showcases Chinese contemporary art. “I think it’s so important to understand the story behind any artwork,” says Koder. “So, if you meet the artist, you meet the creator of the artwork in the flesh and it brings the entire artwork to life. You understand the context in which it’s created and the history of the person. It creates a bond.” “This has everything to do with the evolution of the art world into the digital age. I love the concept, I think it’s forward thinking,” says Koder, explaining that NFTs appeal to both young and seasoned collectors. Today as galleries launch NFT trading platforms and auction houses are live-streaming major sales, the art world is increasingly shifting online, making art a more appealing investment for digital-savvy young collectors. They no longer have to venture into austere white-cube galleries or old-style auction sale rooms and can instead purchase art at the click of a button.,“Art isn’t as exclusive as it was in the past,” says Koder. “Now, it can be viewed on social media – everyone’s sending images across WhatsApp and WeChat, so it’s much more accessible. That’s given the young generation an opportunity to go in and participate.” Along with embracing technology, auction houses are finding creative new ways to reach a younger demographic. Many auction houses are partnering with celebrities and brands. Sotheby’s, for instance, has previously collaborated with Highsnobiety, the digital platform focused on streetwear, and Christie’s has partnered with Supreme. Last month, Sotheby’s linked up with Mando-pop megastar Jay Chou, a major influencer with more than 6.4 million followers on Instagram, who curated its inaugural Contemporary Curated: Asia sale. The auction featured notable brand-name artists, including Jean-Michel Basquiat, Gerhard Richter, Yoshitomo Nara and Yayoi Kusama, alongside in-demand younger talents like American painter Loie Hollowell and Japanese artist Yukimasa Ida. More than 25 percent of buyers at the evening sale were aged 40 or below. According to Sotheby’s social media played a large role in marketing the sale, which was also live-streamed on Jay Chou’s Kuaishou account and attracted some 18 million views.

It isn’t just auction houses that are harnessing the power of social media. “We have a huge increase in museum shows and gallery shows, which are becoming more and more prevalent on social media,” says Raybaud, who explains that this can inform young collectors acquisitions. The Art Basel market report also noted that many millennial buyers use Instagram, for instance, as part of their collecting process. According to the Larry’s List report, a number of artists that appeal to millennial collectors are themselves active on social media. It’s also no surprise that young collectors are often drawn to artists from their own generation. Young collectors pay a huge amount of attention to museum shows, adds Raybaud, giving the example of two young artists who fared well at Phillips’ recent spring sales: Loie Hollowell, who’s currently exhibiting in the Long Museum in Shanghai, and Indian figurative painter Salman Toor, who showed at the Whitney Museum of American Art in New York earlier this year. Both garnered a great deal of interest and set new records. At the upper end of the market, Raybaud says that if younger collectors lack the budget to take home major works by big names like Yoshitomo Nara, for example, whose paintings can sell for millions, they may chose a more affordable work by the same artist. As the landscape of the art world continues to transform, young collectors are poised to become an even more powerful force in the market. While Koder describes herself as a “romantic” who isn’t buying for investment, she nonetheless says, “There are opportunities for growth as in any asset class. I think one of the most interesting things about art is that most artworks are unique (unless you’re buying in additions or prints), so you just need more than one interested buyer for the price to go up, so to speak … The potential is only on the upside.”

(Hero Image: The street artist Futura, with works from Constellation at the Culture Story)