It takes a brave collector to acquire artwork by an emerging artist. You either have to have nurtured a good eye for recognizing talent or be willing to take a risk on something new. Artists keep making work and galleries keep showing it. The process of discovery is a constant one, where good things can be found if you know where to look.

Where does one find emerging artists?

Instagram is a good place to start, if you have the time to peruse the app and are willing to dig deep. Artist, collector, and dealer Mark Van Wagner discovered and acquired artist Taylor Anton White’s dynamic, assemblage-style paintings on Instagram even before he decided to open Marquee Projects, his intimate gallery in the cultured community of Bellport on New York’s Long Island. He included work by the artist in his opening group exhibition in 2017 and has since given him three solo shows. 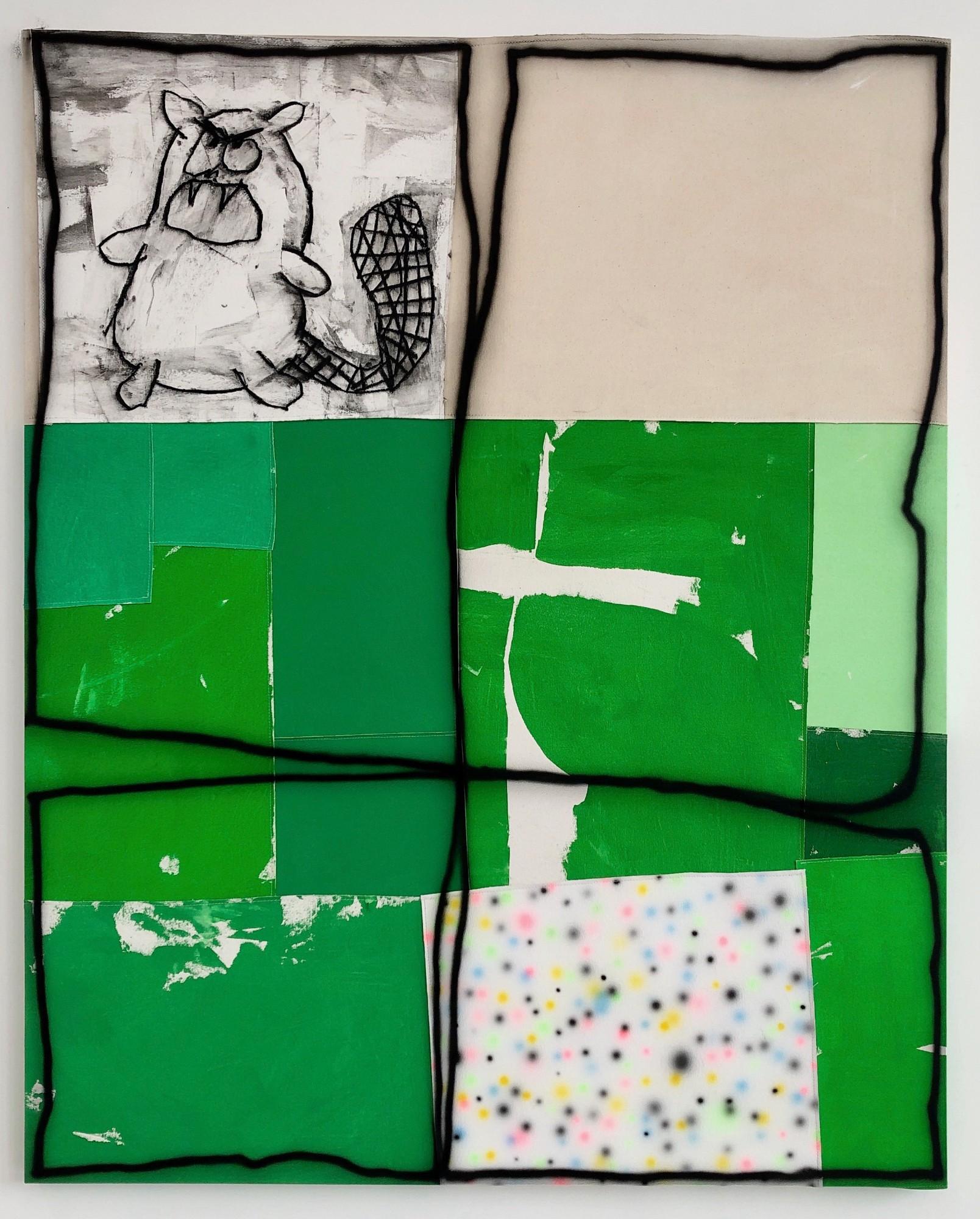 As White’s career developed—he’s currently represented by six up-and-coming galleries internationally—so did his prices, although he has wisely kept them slowly inching upward rather than growing in leaps and bounds. The price range for paintings in the 2017 show was $1200 to $7500, with work selling well, while pieces from his August 2020 exhibition were priced between $3000 and $15,000, with paintings being bought by both American and European collectors.

The artist’s New York City gallery, Monica King Contemporary, discovered his energetic work, which King exhibited this past winter, when White was having his Cycamore Artist Residency solo exhibition with the Deli Grocery gallery after making his paintings at the artist residency, which is another great place to find the work of emerging artists.

The Studio Museum in Harlem’s Artist-in-Residence program has nurtured countless careers of artists of African and Latino descent over the past forty years, including David Hammons, Kehinde Wiley, and Jordan Casteel. Less well known but more international, the artist residency at Art Omi in Ghent, New York has provided workspace and the opportunity for work to be seen by critics, curators, and collectors of such celebrated artists as Cecily Brown, Luca Buvoli, and Hank Willis Thomas, amongst the many who have participated in its summer studio program since it started in 1992. 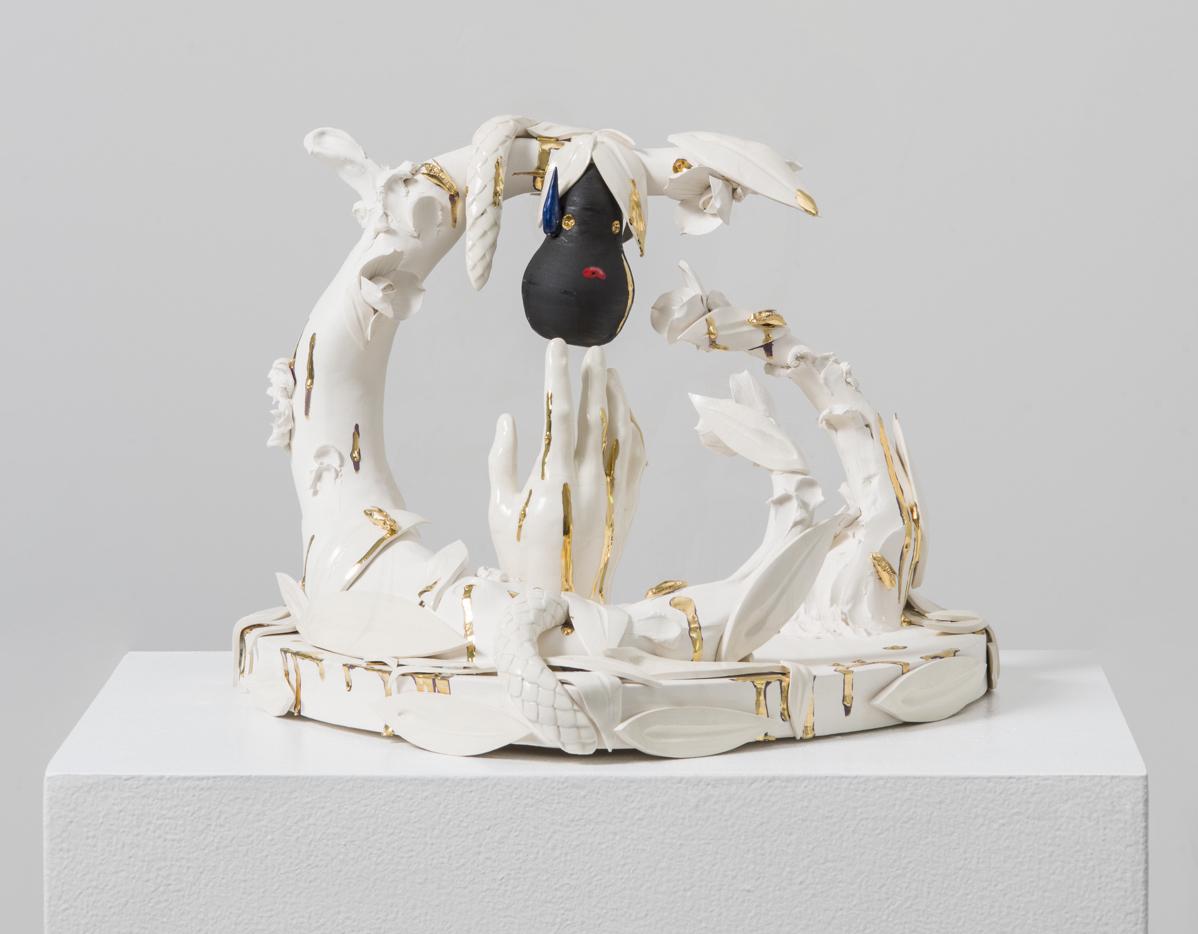 Reviews are another good source for discovering new artists early in their careers, especially if it’s a review of a first or second show, before prices are out of reach and waiting lists have become impossibly long. Three solo shows mentioned in recent Art & Object round-ups—Alex Anderson at Gavlak in Los Angeles, Talia Levitt at Hesse Flatow in New York, and Narsiso Martinez at Charlie James Gallery in Los Angeles—serve as prime examples.

Anderson’s allegorical paintings and ceramic sculptures, priced between $5,000 and $12,000, address issues of race using such pop culture references as emoji and aesthetic styles historically related to western imperial power in his highly coveted works. Levitt, whose works range in price from $1,000 to $8,500, creates enticing still life canvases that toy with the idea of painting in surprisingly surreal and conceptual ways. And Martinez’s desirable realistic drawings of farmworkers on cardboard produce boxes, priced between $2,800 and $15,000, eloquently commemorate agricultural labor and the migrant experience. 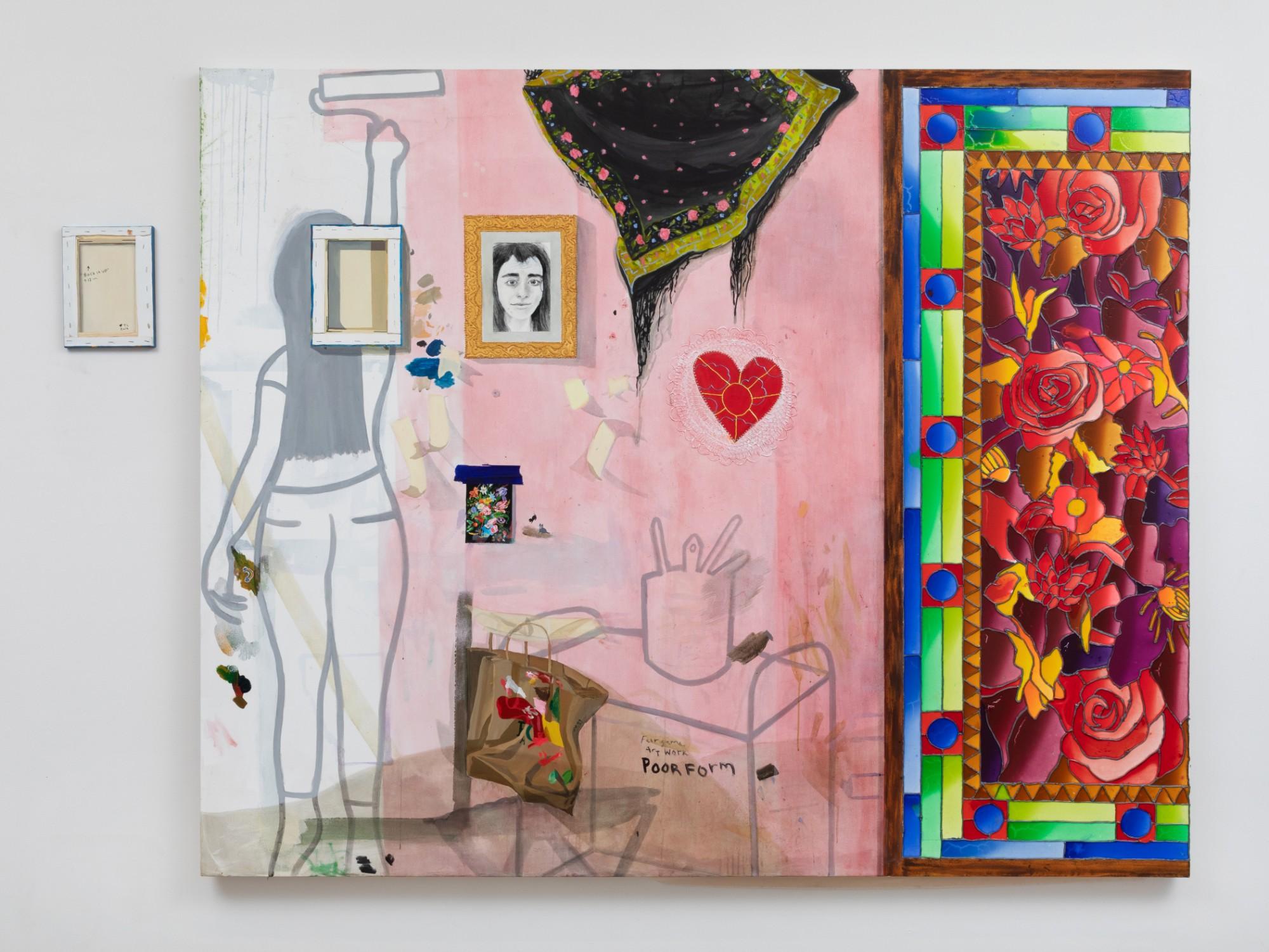 Levitt and Martinez were both recipients of the 2019 Rema Hort Mann Emerging Artist Grant, an unrestricted grant of $10,000 in recognition of outstanding work and promising talent in the visual arts, which is another barometer of recognition that collectors should be observing. Levitt got the New York prize, while Martinez received the LA award that year.

MFA exhibitions are also a good place to spot talent. After studying in China on a Fulbright Grant, Anderson earned an MFA from UCLA in 2018; Levitt received her graduate degree in fine art from CUNY Hunter in 2019 before attending the Skowhegan School of Painting and Sculpture; and Martinez secured his MFA from California State University Long Beach in 2018 and had a critically acclaimed show at the Long Beach Museum of Art the following year. 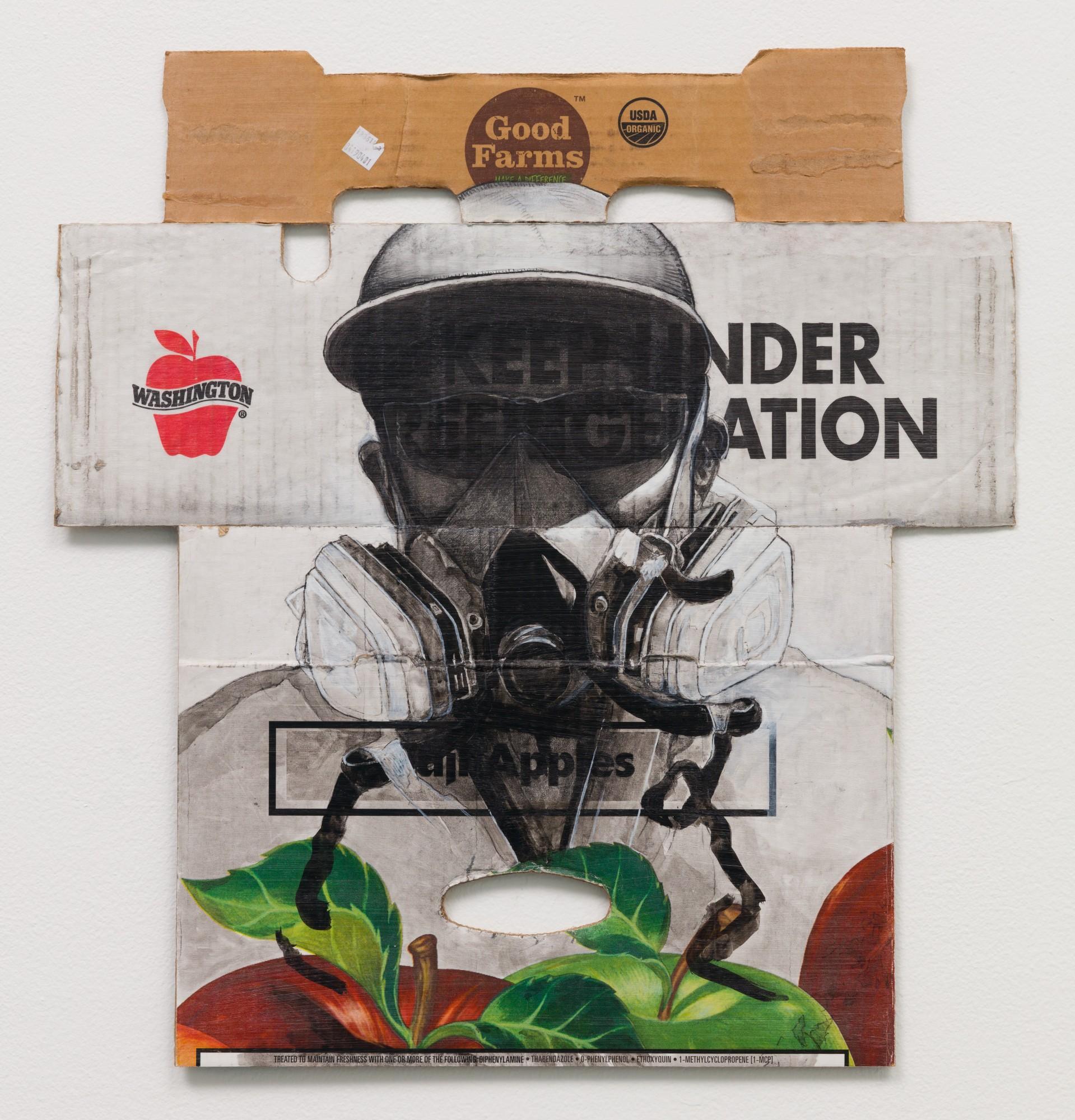 Another recent MFA grad on our radar is Susan Chen. Her expressive, figurative paintings of family and friends started garnering media attention during her first year of graduate studies at Columbia University School of the Arts in New York. Her current solo show at Meredith Rosen Gallery, which was sold out even before it opened to the public, has received praise from multiple art critics, including the venerable John Yau, who recently dubbed her one-person outing “a powerful debut” in Hyperallergic.

Tracking the amount of press coverage that artists get seems like a surefire way of estimating their career trajectories, which is one of the things that the technology platform Articker does. Phillips auction house just joined forces with the digital database, which gathers non-price information on artists and artworks, to offer insight on emerging market trends to its avid collectors. 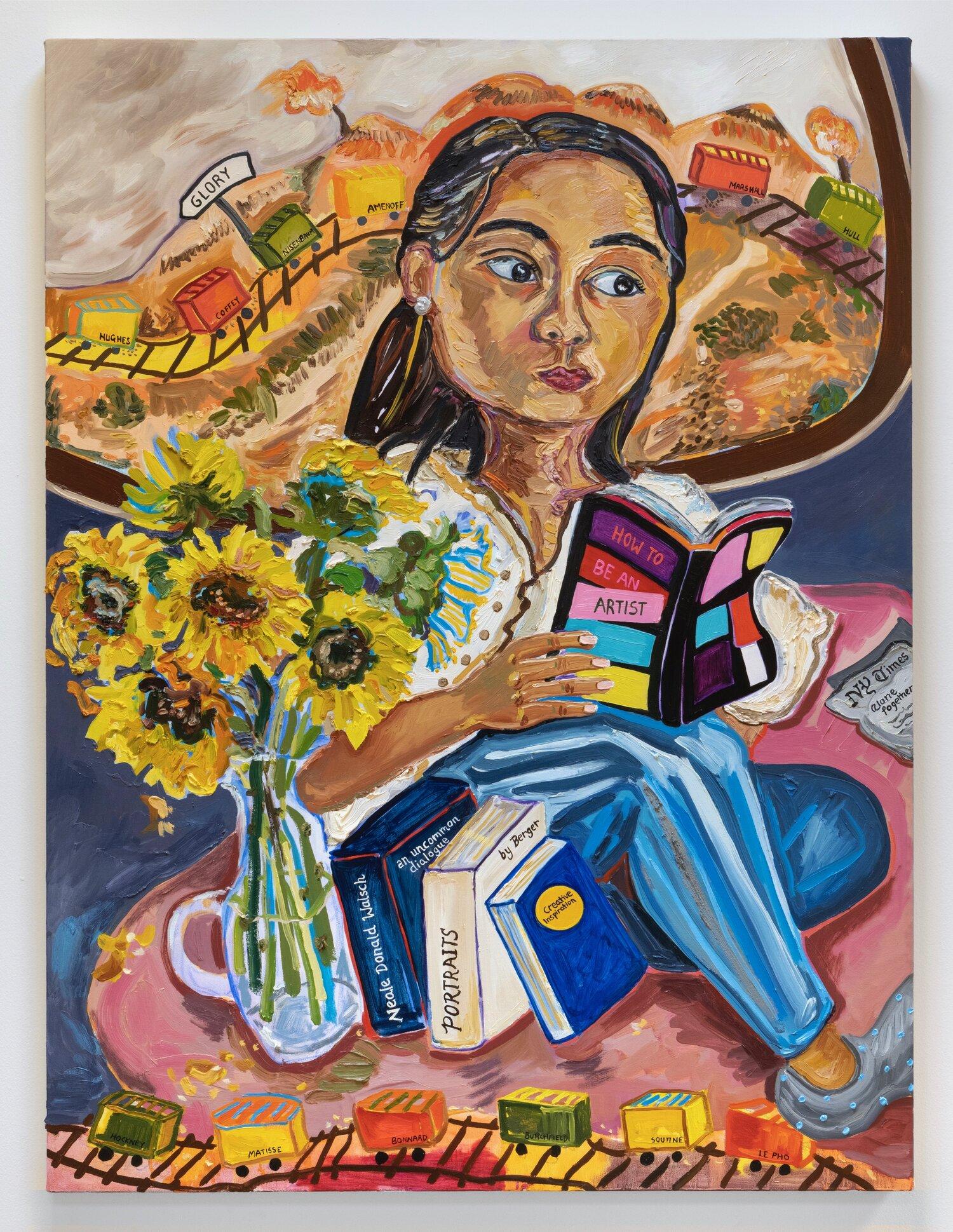 Thinking ahead, one can envision a smart phone app that could spot what’s hot and what’s not at an art fair or gallery. Until that tool is at hand, however, we suggest you discover your fresh art world faces the old-fashioned way, with passionate research and an educated eye.