The fates and fortunes of African artists have, until recently, been largely shaped by outsider interests. But now, as the market for these artists grows apace, African galleries are taking a firmer hand in their fortunes by expanding to the West.

The catch-all term “African art”—one created by Western auction houses and dealers—has proven to be a brilliant marketing tactic. A critical and commercial domino effect has been spurred by events such as the 1-54 Contemporary African Art Fair and seminal exhibitions like Guess Who’s Coming to Dinner? at New York’s Richard Taittinger Gallery in 2015. Curated by Ugochukwu-Smooth C. Nzewi, the show helped spread the appeal of African artists stateside. Seeing an area ripe for development, US and European galleries started adding African artists to their rosters and last summer, as protests over racial justice swept across the world, interest in African (or Black) art surged.

In the past five years, against the odds, a cluster of African galleries have set up outposts in Western art-world centres in order to have greater agency in the fortunes of their artists—and, no doubt, to try to avoid them being poached by larger rivals. Last year alone, despite (or because of) the pandemic, Ghana’s Gallery 1957 and Ethiopia’s Addis Fine Art opened in London, while Nigeria’s Rele Gallery launched a Los Angeles space. They join South Africa’s Goodman Gallery, which opened in London in 2019; the Ivory Coast’s Galerie Cecile Fakhoury, which opened a showroom in Paris in 2018; and South Africa’s Stevenson, which has had an office in Amsterdam for the past couple of years. 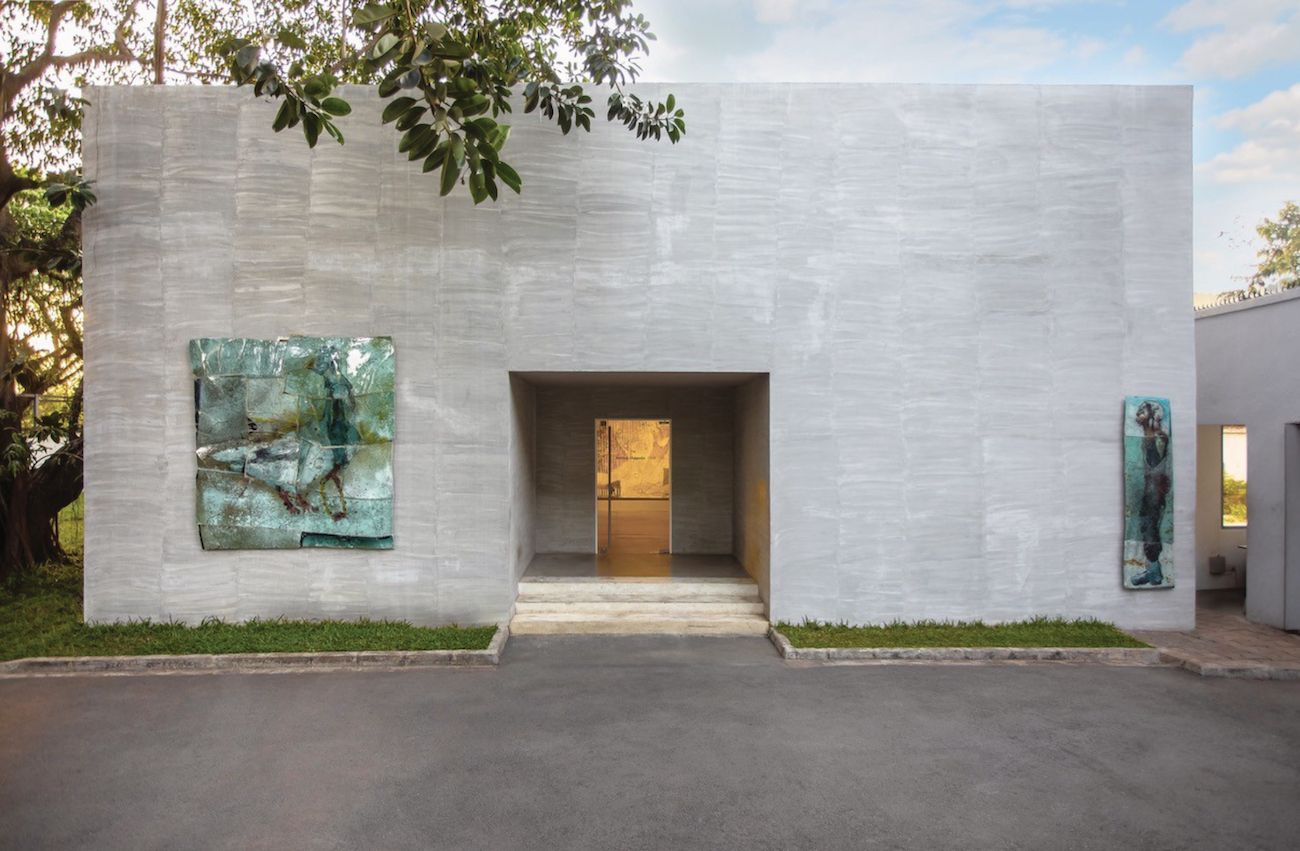 “Being in Johannesburg was too far away; relying on fairs wasn’t really sufficient,” says Liza Essers, the owner of Goodman Gallery. Essers chose London because: “If you look at the colonial history of South Africa, it made sense to be in a place to challenge those historical power structures, to speak back.”

Rakeb Sile and Mesai Haileleul, the co-founders of Addis Fine Art, started out as art consultants in London while simultaneously running a gallery in Addis-Ababa, which they founded in 2016. Last year, Addis Fine Art joined Cromwell Place, the gallery hub in South Kensington. “We need to make sure this region is included in the conversations and narrative around contemporary and Modern art; there’s a huge gap,” Sile says.

The galleries have all made calculated bets with the artists they bring forward. Goodman Gallery works a wide remit, showing emerging and established artists from across the continent alongside non-African artists such as Hank Willis Thomas from the US. Addis Fine Art is more focused, showing contemporary and Modern artists from Ethiopia; its first (and so far only) London exhibition last autumn was of the Ethiopian Modernist Tadesse Mesfin—though nearly 70, this was his first European solo show.

Meanwhile, Gallery 1957 and Rele Gallery take their chances on young, raw talents. Victoria Cooke, the director of Gallery 1957, says its London gallery will be “an extension” of that in Accra—it opened last autumn with a show of the Ghanaian artist Kwesi Botchway, who is at the forefront of an emerging trend among young African artists who are resisting expectations that they must be political or didactic and instead concentrating on portraiture and scenes of black life. In its inaugural Los Angeles exhibition, Rele Gallery showed three promising Nigerian talents, discovered by its founder, Adenrele Sonariwo: Marcellina Akpojotor, Tonia Nneji, and Chidinma Nnoli. All touch on themes of family, womanhood and empowerment. 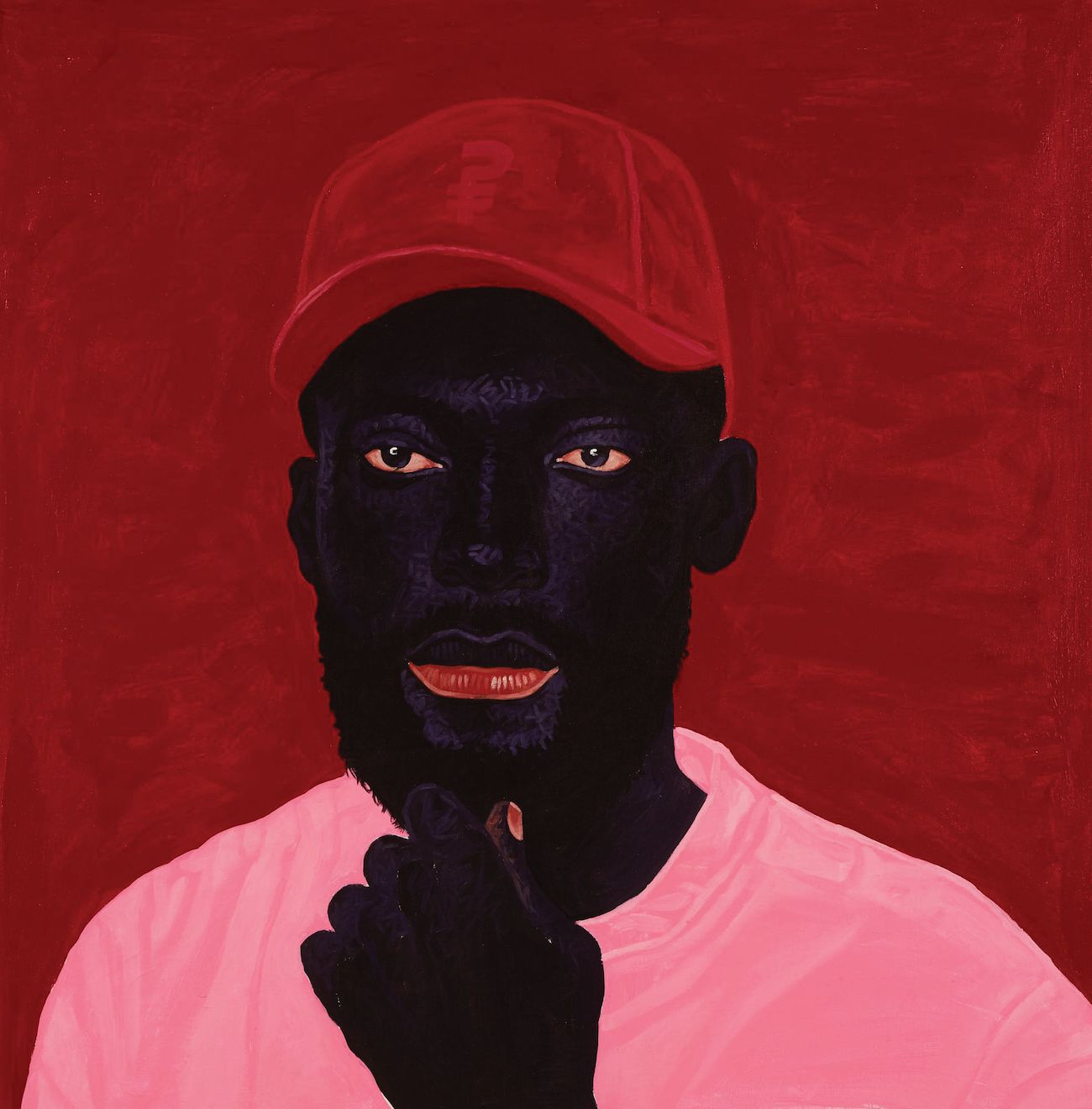 Kwesi Botchway’s Dark Purple is Everything Black (2020); Gallery 1957’s London space opened with a show by the Ghanaian artist Courtesy of Gallery 1957

The cost of doing business

Rele’s inaugural exhibition sold out within days and Essers reports that Goodman’s past few exhibitions have done well commercially, too. But running galleries on two continents is neither cheap nor straightforward. Works by African artists are often lower in price than their Western contemporaries—but rents in London, Paris and Los Angeles are steep and bills must be paid. “There has been growing interest in African artists from the global art market, which is of course throwing prices and market comparisons into the spotlight, but our focus has always been first and foremost our artists and our local audiences and collector base,” Cooke says. “We try to make our decisions based on this.”

Collaborating with other galleries has helped keep costs down for Addis Fine Art: joining the timeshare model of Cromwell Place “reduces our overheads”, says Sile, who previously shared a London project space with Tafeta Gallery and is in talks to potentially collaborate with Rele. “We are dealing with a subset of art that is young in the consciousness of the art market,” Sile says.

The critical history of African art is rarely discussed on the global stage and for this reason, Essers has founded the South South initiative, bringing together galleries concentrating on art from the global South. Alongside holding selling events, South South is building an archive of the artist histories often left out of Western readings, addressing issues of decolonisation, restitution and racial justice. “There will never be a de-centring or re-centring of the art world,” Essers says. “There’s a Western art world. We of the Global South can define our own histories, in the ways in which we contribute to the Centre.”