It is one of the art market’s most uncomfortable truths that, although black and minority artists are enjoying greater representation, it remains white people who predominantly sell—and buy—their work. But as the Movement for Black Lives reaches fever pitch in the US, the art trade is being asked to confront racial inequality among its ranks.

“I have been dismissed and ignored by many a white male­—[from] museum directors and gallerists, to writers and publishers—who often approach my white employees first with questions and inquiries,” says the San Francisco dealer Karen Jenkins-Johnson of her 24 years as a black gallery owner. “I joke darkly that I’m the invisible gallerist.”

As dealers, fairs and other businesses issue solidarity statements outlining the steps they are taking to promote diversity, Jenkins-Johnson says the problem is much more complex than throwing money at it by donating to justice funds or hiring black, Indigenous and people of colour (Bipoc) staff.

Wokeness for the wealthy

KJ Freeman of New York’s Housing gallery says the Black Lives Matter statements issued by art businesses “are performative wokeness. It comes from a similar place as wanting to get into the Prada party at an art fair: the desire for access.”

Housing opened its new space on the Lower East Side in June by handing out water and supplies to protesters while mounting a non-selling show, Vigil for Black Death, featuring works by artists including Marlon Riggs, Howardena Pindell and David Wojnarowicz viewable from the street.

“Black collectors are now being shut out of collecting black artists. This is a generational wealth issue KAREN JENKINS-JOHNSON

The art market’s system of value has always been built on principles of exclusion and ownership, Freeman explains. “What we’re seeing now is what we saw during the Aids crisis; it’s what we saw during the Civil Rights movement and the Vietnam War”—a social issue being co-opted into an asset for the wealthy. “It’s not radical inclusion to sell a work by Wojnarowicz for a record price,” Freeman says, referring to a work by the late Polish-American gay activist, which sold for a record $1.5m at Sotheby’s in 2018. “That’s just capitalism. When you can control the value of that moment in history, it’s a form of power.”

Following the record-breaking $21m sale of Kerry James Marshall’s Past Times (1997) at Sotheby’s in 2018, a report by Artnet found that $2.2bn has been spent on work by African American artists over the previous ten years—just 1.2% of the global auction market during the same period. And 10% of that had been spent within the first half of that year.

The rise in prices corresponds with galleries diversifying their rosters, taking on minority artists, while still selling their work to predominantly white clients. Jenkins-Johnson says this is a net good for undervalued black artists but it does little to address structural racism. “The galleries and museums want our culture but not our people,” ­Jenkins-Johnson says. “Black collectors are now being shut out of collecting black artists. This is a generational wealth issue, as well as white gallerists catering to their clients. They don’t want to lose these clients, so they provide them with access over black collectors who are entering the marketplace.”

While the “new normal” has become a common phrase in relation to Covid-19, Freeman thinks it better describes the current climate of racial reckoning and community-driven change. “Collectors need to buy art like they buy bread—you know, the artisanal shit from the local place on the corner.” She adds that galleries and artists need to “dissent” from the fairs and auctions system that exhausts rather than supports them. 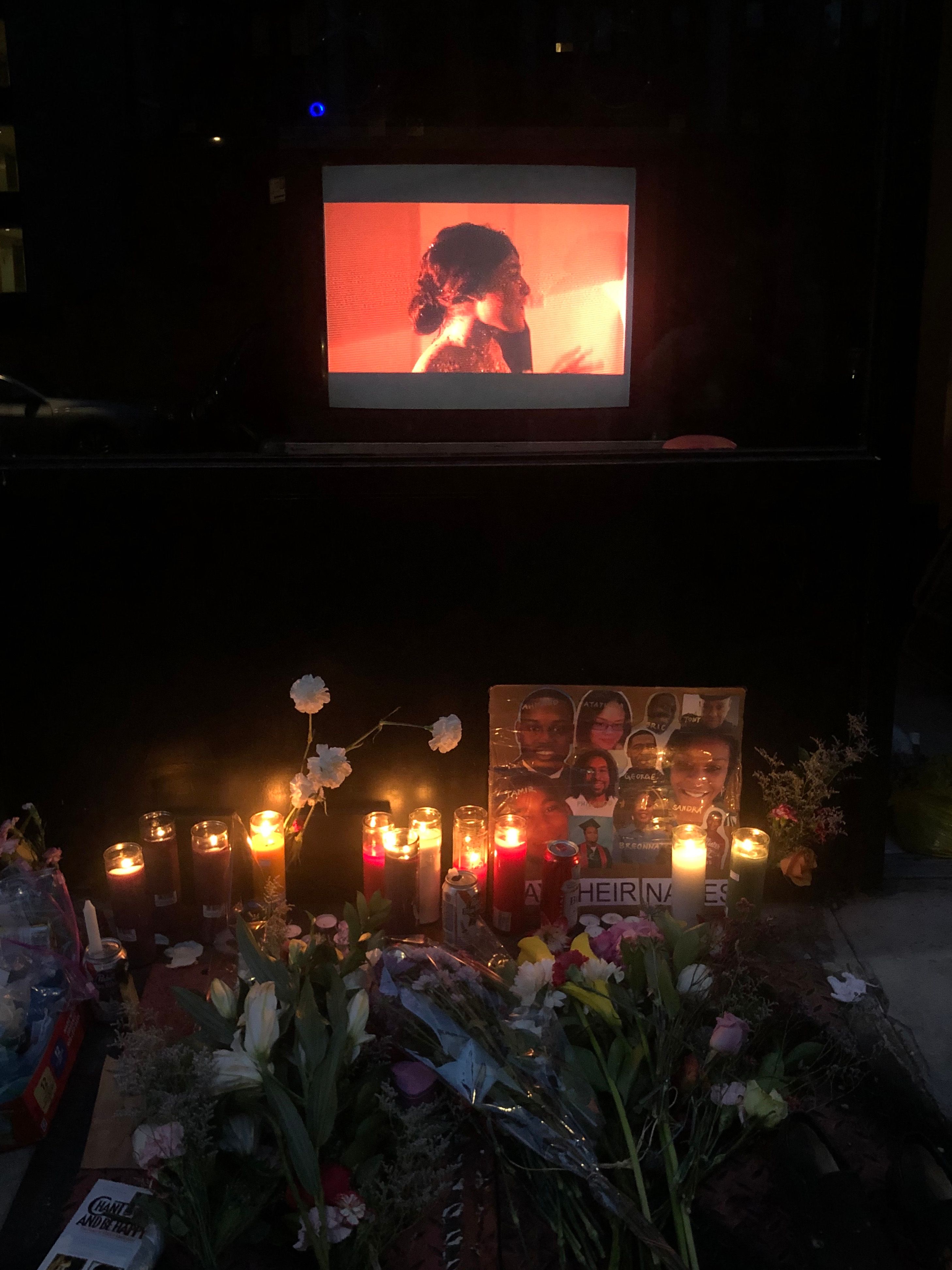 Installation view of Keijaun Thomas’s “My Last American Dollar: Round 1. Tricking and Flipping Coins: Making Dollars Hit and Round 2. Black Angels in the Infield: Dripping Faggot Sweat”, part of Housing’s Vigil for Black Death exhibition. Courtesy of the artist and Housing

Galleries of all sizes such as Hauser & Wirth, Pace, Goodman, Sean Kelly and Lehmann Maupin—among countless others—have avowed their commitment to supporting racial equality. Sotheby’s, Christie’s and Phillips all tell The Art Newspaper they have set up diversity panels and task forces to field concerns over internal racism, with goals for hiring more Bipoc staff. Swann—the first auction house to introduce sales for African American art—says its specialists are encouraged to decline participating in white-only events and panel discussions from here on out.

During the online edition of Art Basel in June, the New York Times reported that none of the 281 exhibiting galleries were owned by an African American. Art Basel’s team says in response that it is “exploring how to use our platforms to create greater possibilities for artists of colour and galleries owned by people of colour to be a part of our shows”. Similarly, a Frieze spokeswoman says the company will add more people of colour to its fair committees and cura­torial leadership, as well as promote and support causes that combat racism.